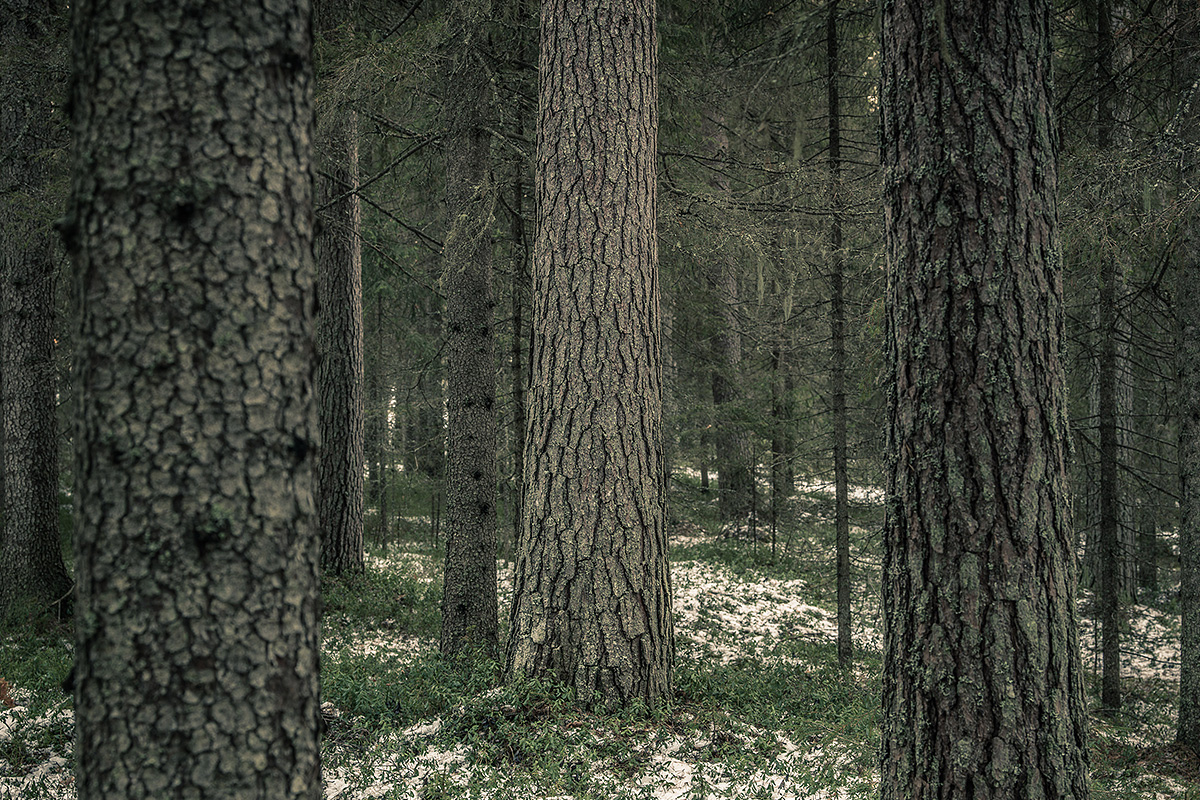 Spruce
Spruce is our favourite tree.

Spruce (Picea abies) grows all around us in vast forests. The dark spruce forests of the Nordic are referred to as “original forests”, since they are very, very old. Actually, one of the ten oldest organisms on earth is a spruce in Sweden called Old Tjikko which is 9550 years old. (We Swedes are very proud of this even of the spruce species is referred to as “Norwegian spruce”.) Swedes spend a lot of time in these forests for recreational purposes, throughout the year. And we harvest berries in the forests, blueberries and lingonberries. But our forests belong to all-man kind, the Swedish “Allemansrätten” is a very old law that grants anybody the right to freely wander in and sleep at least one night in the forest, irrespective of who owns the land.

The spruce forest has always provided building material and been a source for heating, and it still does and is. We also make furniture and other things from it.  In modern time, is has also given rise to our pulp and paper industry, which still is a very important business for us and employs thousands of people up here in the north.

Spruce bark
Spruce bark is the “skin” of the tree, providing a protective layer for the stem and roots. Spruce bark is what we use to tan our hides, and what gives our leather its unique colour.

(You must agree there is a lot of beauty in the thought that humans use the dead bark (skin) from trees to tan hides (skin) from dead animals to make a thicker skin (clothes etc) for themselves.)

We use bark in the form of entire flakes, which we deposit into vats. In the vats, tannin is extracted from the bark into the water, and then penetrates the hides to have its tanning effect. Spruce bark tannin is a well known tanning agent, and at least in our part of the world it is the “original” tannin. It is not known to be the “strongest” or “fastest” tanning agent, but if you give it time like we do, it will produce a fantastic leather.

We mean that we make very good use of spruce bark. The most common use is to burn it for heating, which is common with saw mills. It can also be used for gardening in the form of “bark mulch”. Further, believe it or not, up here in the north some people still grind bark (primarily fir bark however) into flour to bake bark bread. It is a habit stemming from poor times when other grain was scarce. But, the most fun use of spruce bark is the habit of children in the North to build bark ships with leaf sails out of large bark flakes and sail the ships on lakes and rivers.

Traditionally, we use bark that we harvest ourselves in the forest around us. As far as we are aware, we are the only ones still harvesting spruce bark. The ideal time for harvesting the spruce bark is during May and June, when sap is rising in the trees. For the harvesting you need an axe, or at least a very impressive knife.

Recently, we have started to use bark from saw mills where bark is a by-product from the main process. From an environmental point of view, this makes even more sense than harvesting it ourselves.